So here's my ramble about LinkedIn.... I just don't get it. I use Facebook, Twitter, and Instagram and feel I get the level of social interaction I'm after. A couple of likes, loves and retweets is all I need to feel like I'm a social media genius. Facebook is easy. This is where my friends, family and acquaintances are and is where I can really be me. Few holds barred (notice "few" not "no", I'm not a complete idiot). I can swear. I can write shit about shit and I get lots

For the second in a series of promotional films for Torfaen Council we made a film on Pontypool Park. Before we even start here - go visit it! It's a beautiful old park given to Torfaen by the Hanbury family. It is home of Pontypool RFC, a ski slope, the Folly, the Grotto, Pontypool Active Living Centre, acres of woodland walks, the list goes on....oh and it's within walking distance of the shops in Pontypool so you can get some retail therapy in too! We filmed in early March 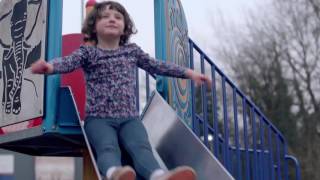 Remember when we had a manic few days back in March? Charging around the countryside with drones, setting up cranes in churches, going down water slides, etc? We were working on a series of promotional films for Torfaen County Borough Council to promote Pontypool. Like many industrial towns Pontypool has seen a demise in recent years due to the emergence of out of town shopping centres and a change in shopping trends. But it still has plenty to offer with over 160 independent 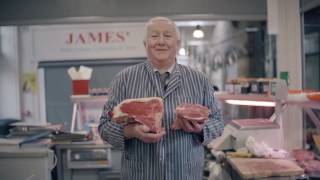 Today's highlight was joining an aqua aerobics session in the Active Living Centre in Pontypool! Chris volunteered to join the ladies in the pool with Go Pro's attached to him while George and Sam sat back and laughed. Laughing because Chris cannot see very well without his glasses so spent most of his time apologising to the ladies for suddenly bobbing up in front of them. Well done Chris.....you made a lot of women very happy today! Chris swam like a blind merman between th

Next week we are filming in Pontypool and two of the places we need to get to (the Grotto and the Folly) are generally only accessible for walkers. We need to get a camera jib and all the kit to the locations so walking for a couple of hours up a steep hill is not going to be an option. Google maps didn't help with any secret routes. So, today we went on a reccy! We walked for hours! Anyhow, the point of this little blog is - don't always trust Google maps when location scout

We were recently asked to film ourselves - got to say this is the most awkward thing we've ever done! Hats off to everyone we've ever interviewed in front of the camera! We can now say that we feel your pain! Anyhow, we were asked to talk about copyright and the implications for a video production company. If you are starting off in the world of video production then you may find some bits of this video helpful. For the full low down on copyright take a visit to the Intellect

We always get the warmest of welcomes when we are filming in Blaenau Gwent. We were filming with Communities First in Abertillery and Six Bells. If you haven't been go see the Guardian mining memorial. #videoproduction #BlaenauGwent

We've recently added loads of new equipment and cine lenses to our ever growing kit. But who'd have thought investing in a Manfrotto monopod would be such a game changer! For filming in small confined places it has become a valuable addition. Cheap as chips too! We'll take some photos of it in use and get them up here soon. 5 stars to the Manfrotto MVM500A. #monopod #videoproduction